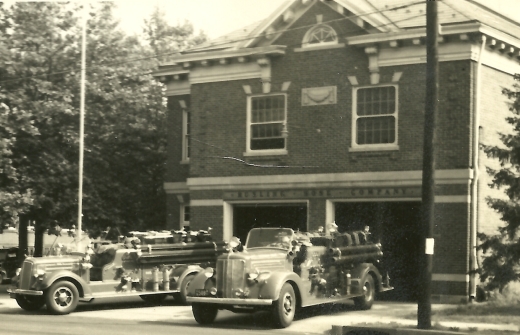 It is my impression that lately we throw around many slang terms in the fire service that I don’t remember being as prevalent 30+ years ago. Words like, Salty, plug, knob and combat ready. While there has always been fire service slang, it appears to play a larger part in a firefighter’s identity and communication process. Also these terms draw lines in the sand that define you as a “real” firefighter or not. It seems if you’re not “aggressive” you’re not worth your “salt”.  My concern with terminology these days is that words, terms and t-shirt slogans seem to define what a good firefighter is–what makes a good fire department.  If you don’t “make the push”, you’re a wuss. It appears it’s all about the terms that create bonds that make you a “band of brothers”.  After 37 years of active service that was a hard thing for me to learn as an “Old Salt”, that it wasn’t  “walking the walk”, it was “talking the talk”.  And for all these years, I was fooled into believing it was performance that counted, Glad to see I could still learn something after all these years.

Now don’t get me wrong, slang in the fire service is not a bad thing. The armed services have their terms. Law enforcement has their terms, and so do we. What I have a problem with is that those terms seem to define the fire service today, instead of performance.

When I started as a firefighter at Rusling Hose Fire Company, two of my neighborhood friends,  Joe Giglio and Michael Caparbi were already members. On the outside, these were two guys coming of age in the early seventies, full of energy and party attitude as were the rest of us.

However, when at the station these guys were doers. They manned the ambulance during the day. While waiting on calls they were always training. They didn’t brag about it. They didn’t talk about it in cool terms, they just did it. If they were going out on pump training with new drivers they let it be known you were welcome to join, but you didn’t get a special invitation. I, the long haired hippie type, who Assistant Chief Bob Evans said wouldn’t last a year, usually joined along for these unplanned training events. I learned quickly I could learn to hook up to the hydrant, to feel the reaction on a 2 and a half, learn where the equipment was on the engine. All learning didn’t happen at formal drills and schools. Much of it happened at these informal “flashmob” small drill training events. It should be noted we didn’t get drill credit or CEUs, we did it because it was good for us, the department and the public. These two, along with John Gribbin, were infectious to be around at the station. We younger/newer members partied hard on the off time, but when at the firehouse, dedicated our time to being better than the day before at serving the public through formal and informal training. Quite a bit was the unplanned training.

Sure we tried to “one up” each other to prove we were the better than the other. We talked crap about other firefighters and departments. However, what made us better firefighters, better public servants was the quiet, but action-oriented informal leadership of Joe, Mike, John and a few others. They didn’t make comments of “Hey we’re gonna aggressively throw up ladders” as they did on a moment’s notice of deciding to do ladder training. Or “grab the knob we’re gonna practice making the push”, when suddenly deciding to train on flowing handlines.  These high school graduates spoke in technical terms of how to operate a hose line. Never bragging, rarely using “cool” terms.

You joined in on the impromptu training and informal critiques at the firehouse related to recent incidents, because these were the cool guys you wanted to hang with. Not because they wore cool fire t-shirts, (we wore concert t-shirts) or ‘cuz they had cool dirty leathers, (we wore tin and wore it proud). We wanted to be with them cause they were doers…because they were doers who wanted to be the best at their craft…because they had an infectious energy you wanted to be around. These guys weren’t officers at this time. They didn’t hold any special power over us to join in and have the passion and drive to be prepared to performed at our maximum capabilities. It was because they set the tone, set the example that had been shown to be effective at real incidents. It was because they showed through their actions they cared about their fellow firefighters and fire department, and they didn’t show it with “Johnson” all over their shirt. Oh and if you didn’t wear your “mask” inside cause you wanted to be like old salty, they smacked you in the head, because if you hurt yourself they had to take care of you. See, they made it known you had a responsibility to others to take care of yourself so you weren’t a liability.

When it came to the title of “Old Salts”, we called them Old Timers: we even honored them with a recognition party every year. We wanted to emulate their traditions of being responsible, being proud at being the best you can be, being respectful of others. We didn’t want to follow in their footsteps of being “leather lungers”, fighting fires with no coordinated command system and not wearing all your PPE into the fight. And you know the funny thing, these Old Timers didn’t use terms like “fighting the red devil” or “battling the fire dragon”. Could it be these terms never existed before a certain fire movie in the eighties? hmm? So when referring to the lives, times and practices of an Old Salt maybe a few of you should pick up a history book or maybe get off of Facebook creating new Old Salt terms and find out real fire service history at this link:  http://nationalfireheritagecenter.org/.

As I realized I just might fit into the description of an Old Salt, I started to look back and think. I may not have seen the amount of fire a metropolitan area firefighter has, but I’ve performed at many fire, rescue, hazmat and EMS incidents in many roles (I filled in where needed as part of the team). I have seen lots and lots of death and horrific injuries. I had the sad responsibility of being the Incident Commander at a Line of Duty Death of one of my firefighters. My point: please don’t try and define me in your today’s social media terms. Please don’t try interpreting my beliefs to fit in your schema of what an Old Salt should be. Oh and I’m more like a beer, fermented barley, than a margarita glass.

In closing, I ask you take a little more time think about what you post on social media or wear on your body. To be more committed to actions than words. To not hold others to your slang standards, but judge them on their actions and intent. Especially in today’s age there is no one right way to do our job, and tomorrow there will be even more. Create an environment that will make others want to join you. Create an environment where they feel welcome, even if they don’t feel they meet your standards. Listen more, and use that as a tool to lead through action.

So when you think about throwing around a cool word here and cool word there and letting it define the fire service, listen to the song “Signs” from The Five Man Electrical Band, (a song from the Old Salt era). The end of the Chorus is, “Do this, don’t do that, can’t you read the sign?”

That’s how I feel about all these words and slogans thrown around today. However the last verse provides me hope and I hope you use it when judging other firefighters. “So I got me a pen and a paper and I made up my own little sign. I said, “Thank you, Lord, for thinkin’ ’bout me. I’m alive and doin’ fine.”